Appointments to the seven member Board of Triumph Gulf Coast, Inc., are made by the Governor (1), the Attorney General (1), the Chief Financial Officer (1), the President of the Senate (2), and the Speaker of the House (2). Appointments and terms of office are established pursuant to s. 288.8014, F.S. 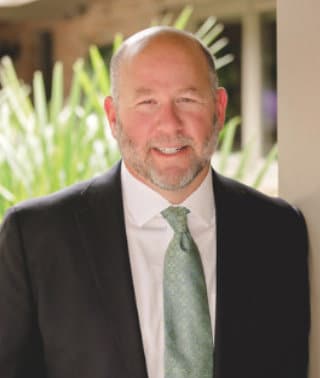 In his volunteer, civic work, Bear has served in many leadership roles, including currently as Chair of the Escambia County Tourist Development Council and Vice Chair of FloridaWest Economic Development Alliance. He has served as President of the Boards for the Arts Council of Northwest Florida, Pensacola Museum of Art, Creative Learning Academy, and Pensacola MESS Hall. As the Founder, President, and Trustee Emeritus of the local arts agency, Art, Culture and Entertainment, Inc., Bear founded and chaired both Foo Foo Festival and Vacation Artfully, two of Escambia County’s cultural tourism campaigns.

Other community boards on which Bear has served include: Pensacola Sports Museum, Lakeview Center, the Melba Meyer Charitable Trust, and The Bear Family Foundation. He was also a member of the Advisory Committee for the Voices of Pensacola, presented by Gulf Power, and a member of the Leadership Pensacola Class of 2000.

Bear was recognized by the National Society of Fundraising Executives as Outstanding Volunteer Fundraiser of the Year and the Pensacola Bay Area Chamber of Commerce’s Emerging Leader of the Year.

Bear is a graduate of Belhaven College in Jackson, MS with a B.S. in Business Administration. He resides in Pensacola with his wife, Cindi, and their two children: Julia Belle (15) and Max (12). 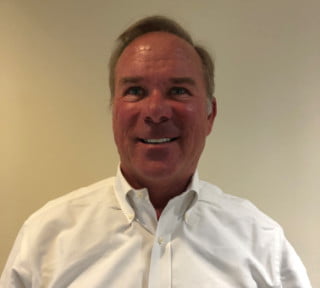 Mr. Bryan A Corr, Sr., of Rosemary Beach, is the principal of the Corr Group, a real estate development company, and related companies. Prior to his career in real estate development, Mr. Corr served in various roles, culminating in President, of Otelco, a landline telephone company located in Huntsville, Alabama, and later founded a start-up cellular telephone business in Alabama and Georgia. He served as Chair of the Blount County, Alabama E911 Board and oversaw the design and implementation of the first stand-alone E911 system in Alabama.

Mr. Corr’s cellular telephone company start-up included the construction of the following physical assets: 350 transmission towers, 35 retail stores, 3 warehouses, 2 fortified switching centers, and 16,000 square feet of office space. This business is now a part of AT&T. Mr. Corr was a founding member and Director of a start-up business to construct communication towers in Latin America that has constructed and leased approximately 500 towers.

The Corr Group is responsible for several major developments across the region. The 30Avenue Lifestyle Center, located at the intersection of U.S. 98 and County Road 30A adjacent to Rosemary Beach, was developed from the ground up. This project consists of approximately 129,000 square feet of retail and office space on 16 acres. The center continues to be owned and managed by the company. The Corr Group owns and operates the Grand Panama Office building in Panama City Beach, Florida, a four-story Class A Building, containing approximately 40,000 square feet of multi-tenant office space, and has purchased a distressed property, The Islander Motel in Panama City Beach, Florida. The motel was demolished, creating 270 feet of gulf front property for future development. The property has since been sold.

Mr. Corr is a 1982 graduate of the University of Alabama School of Business. He has served on the Board of Directors of Wireless One Inc., Community Bancshares, and Community Insurance, as well as the Board of Directors of the Rural Cellular Association, McPherson Oil Companies, and Network Management Services. He has served as District Vice President of the University of Alabama Alumni Association and holds a Private Pilot License with instrument, multi-engine, and jet ratings. 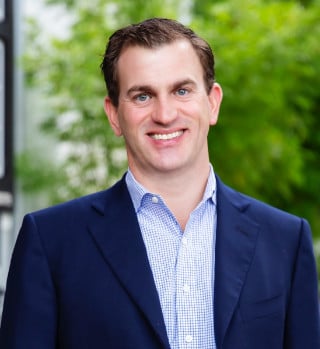 Reynolds Henderson is a principal owner of Continental Pacific, LLC, a real estate investment and development company with a broad geographic scope and a current concentration on the development of property in southern Chile and residential properties in Hawaii. Reynolds is also a principal owner of Chiloe Island Spirits, SpA which produces an award-winning craft vodka in Chile and SRB Servicing, LLC, a loan acquisition company that has owned real estate collateral throughout the U.S.

In addition to his work with these companies, Reynolds serves on the Board of Governors for Florida Citizens Property Insurance, the Board of Trustees for Northwest Florida State College, and as chair of the CRA (Community Redevelopment Agency) for the City of DeFuniak Springs.

In his volunteer time, Reynolds previously served on the Board of Directors for the Seaside Neighborhood Schools, the Seaside REP Theater, The University of Alabama A&S Leadership Board, The Rosemary Beach Foundation, Main Street DeFuniak Springs, The Seaside Institute in Seaside, FL numerous POAs/COAs in Florida and Hawaii, and The Children’s Volunteer Health Network.

Reynolds is a graduate of the University of Alabama with a B.S. in Political Science and a minor in Business. He resides in Walton County with his wife, Stacey, and two sons: Parke and Fox.

David Humphreys, of Panama City, is the President\Owner of Linea Peninsular Inc.

Linea Peninsular was started in 1984 and operates small container vessels trading between the U.S. and Mexico. Linea Peninsular originally operated out of Port Bienville Mississippi. After being devastated by Hurricane Katrina in 2005, operations were moved to Panama City, Florida.

Mr. Humphreys has served on the Board of Big Brothers Big Sisters of Northwest Florida and supports various charities in the area. He completed his BBA degree at the Cox School of Business at Southern Methodist University in Dallas.

Mr. Humphreys enjoys boating and spending time with his wife and 3 children. 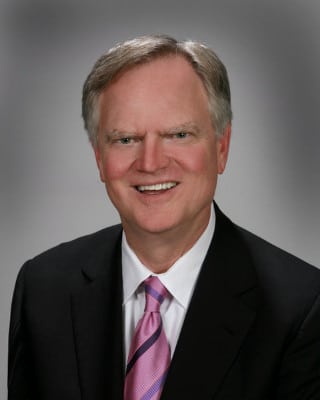 Mr. Collier Merrill is the president/owner of Merrill Land Company, a real estate development company, which specializes in commercial real estate, residential and commercial construction as well as condominium and subdivision development along the Northwestern Gulf Coast. He is the president/owner of Great Southern Restaurants, Inc., which owns and operates The Fish House, Atlas Oyster House, Jackson’s Steakhouse, Five Sisters Blues Café, Angelena’s, The Palafox House, and Great Southern Weddings, Catering & Events.  Additionally, Merrill is serves as a stockholder and director of The Gulfarium: A Marine Adventure Park.  Merrill is a graduate of the University of West Florida with a Bachelor of Science degree in Business Management.

Merrill is an active participant in the community, currently serving as Chairman of the University of West Florida Historic Trust. He also serves on the Naval Aviation Museum Foundation and board of directors of Ascension Health Florida.  Additionally, he is a trustee emeritus of the Pensacola Museum of Art, a member of Christ Church where he serves as a member of the vestry, and a member of the Pensacola Downtown Rotary Club.

Additionally, Merrill has served in a number roles related to both public and private community development. Merrill was appointed by Governor Jeb Bush to serve as a member of the Board of Regents which governed all of the universities for the State of Florida carrying with it a fiduciary responsibility of $2 billion. After his service on the Board of Regents he was tapped to be the founding chairman of the University of West Florida Board of Trustees (2000-2004) overseeing the successful growth of the University and it’s $150 million annual budget. Merrill was also selected by Governor Rick Scott to serve on the Gulfcoast Consortium.

Merrill has been recognized and named Art Education Hero by the Florida Cultural Alliance, an Outstanding Volunteer Fundraiser by the National Society of Fund Raising Professional, and a Paul Harris Fellow of Rotary International, received the Downtown Rotary Club’s Grover Robinson Award for Service, and was named the University of West Florida’s Distinguished Alumni of the Year.  In addition, Merrill was a recipient of the Pensacola Area Chamber of Commerce’s awards for Emerging Leader and Community Leader. 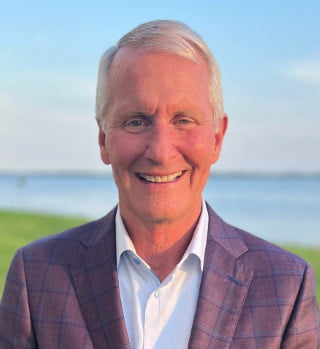 Jay Trumbull, Sr., of Panama City, is the President/Owner of Culligan Water franchises with seven offices in Florida, Georgia, and Alabama. He owns a plumbing company and HVAC company in Panama City.

Mr. Trumbull served several years on the Bay County Planning Commission, the Panama City Housing Authority, the Bay Medical Board Foundation, and the Bay County Chamber of Commerce. He was appointed to the Florida Transportation Commission in 2011 and served as Chairman from 2015 – 2019.

Currently, Mr. Trumbull serves on the Board of Trustmark National Bank as well as several boards within his industry including Culligan Dealers of North America. He is a member of the Culligan Dealer Advisory Council and is currently president of the Southeastern Bottled Water Association.

Mr. Trumbull serves as an Elder at First Presbyterian Church in Panama City. He and his wife, Tammy, have been married for 34 years and have three children and seven grandchildren. 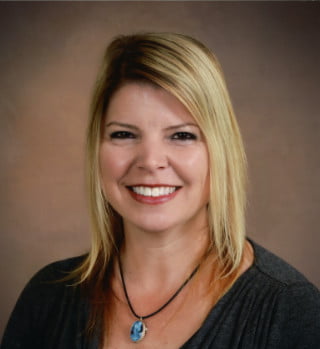 Mrs. Leslie Weiss, of Crawfordville, is President of Hydra Engineering & Construction, LLC. Mrs. Weiss started Hydra in 2008, providing Engineering, Environmental and Construction Services primarily to Federal and State clients. Mrs. Weiss is a Hispanic American with her mother’s family being of Cuban descent.

Mrs. Weiss became a Certified Building Contractor in the State of Florida in September 2012 and a Certified General Contractor August 2020. She is a registered Professional Engineer in: Florida, Georgia, Alabama, West Virginia, South Carolina, Colorado, Arizona, Mississippi, Tennessee, and Texas.

Mrs. Weiss serves on the Civil Engineering Advisory Board for University of South Florida, the Board of Advisors for the FSU / FAMU College of Civil Engineering and holds Fellow Status with the American Society of Civil Engineers. She is a sustaining member of Society of American Military Engineers and a Federal Highway Administration Certified Safety Inspector for In-Service Bridges, a Georgia Erosion & Sediment Control Certified Design Professional, a Florida Department of Environmental Protection Qualified Stormwater Management Inspector and is certified under OSHA 30 Hour Construction and US Army Corps of Engineers Construction Quality Management for Contractors.

Mrs. Weiss is on the Board for the Wakulla County Chamber of Commerce.

Leslie Weiss graduated at the top of her civil engineering class with a Bachelor of Science in Civil Engineering with emphasis in Water Resources and Environmental Engineering from the University of South Florida in 1993.

In August 2020, Hydra was recognized as the U.S. Senate Small Business of the Week by Senator Marco Rubio. The company won the University of South Florida “Fast 56 Award” in 2022, 2020, 2017, and 2016 for being one of the top 56 fastest growing firms of USF alumni. Hydra won Small Business of the Year in 2016 through the Department of Homeland Security for contracts at the Federal Law Enforcement Training Center. The company won the 2017 Florida Companies to Watch award from GrowFL.

Leslie Weiss has been married to Manuel Weiss since 2020 and has one daughter, Brittany Hope.